A quick google search on the subject provides a brief insight into what I might expect going solo following my divorce. ’Divorced and terrified’, ‘coping alone’, ‘getting yourself back out there…’ was pretty much what I found. Not very encouraging to this aspiring Diva.

Neither was it reflective or encouraging for someone who has positively exited a long period of cumulative stress. I choose to reframe the negative narrative in my story believing there is ALWAYS a positive in a negative and divorce is no exception. 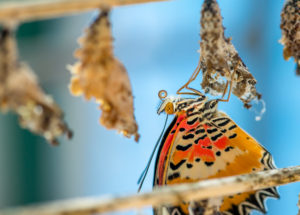 I turned to social media asking the very same of my very tight Facebook Family. There was much more comment. Some with charged velocity of feeling from unexpected quarters. Was it a reflection of their feelings for my situation or theirs? It all resonated that’s for sure.

Living solo after divorce? My story?

Well, it’s been nothing other than a steep learning curve. The most transformative times of my life. As I start to re-calibrate and consolidate the change, I continue to ‘face forward’ and ‘move through it’. The transformation is ongoing.

As for how I have found going solo after divorce? I reckon my thoughts will be a little different from others…however it’s still very much a work in progress for which I am most grateful.

There were those who seemed positively disappointed I had not fallen apart. I could have gone there but I chose resilience. However, in came a few people seemingly expecting a collapse. I gave them a little insight into how things were and out it went into the gossip groups.

As a very private person, unless choosing to put my stuff out there in the public arena,  this was enough to impact friendships and make decisions around them ongoing. What surprised me was the defensiveness of a four times married friend when I called them out on negative actions and language they threw in my direction. Not very supportive.

The reluctance of a now former, but who before was a friend of twenty years to speak with me directly, during and after my divorce gave flow to views from others; where another friend, whose constant complaints around her own ex-spouse became an insistent pressure on me to not pursue new, deeper friendships. It was eye opening!

In my humble opinion, other people’s lives are NOT for coffee shop conversations. Neither are they for judgement. It turned out I was naive to think that people who I thought knew me well, would respect my view especially when I was working very hard to ensure my divorce was an amicable one. In doing so, I found my desire for privacy during this time was costing me personally.

To my shock, my social circle started shrinking, getting smaller and through time even smaller! But on the upside, my social life became simpler and more peaceful with very real gratitude for the good people in my life, who despite my mistakes and errors of judgement still hang on in there with me, positively and with deepened friendship.

There are books out there about solo living post divorce, however, in my normal way I have flipped the negative and focused on finding ‘me’ again. The world of self help books is a long and daunting path and not to mention, an expensive one. I didn’t fully succumb –  I don’t want other people’s perspectives on how I should live my life…otherwise I would have simply kept with the old status quo.

I also declined to date fairly quickly after a brief affair. I travelled within. A cliche maybe, but that’s where I have been and probably where I am, today. Being ‘Kathy like’ as one very good friend coined…describes the Kathy who was and still is processing frustration, anger, grief, loss and acceptance as well as welcoming learning and gratitude in my own personal way. It is a journey that we can only do for ourselves and internally, by ourselves.

I was never lonely, just alone and embracing it. There were concerns for me as I actively, positively and systematically reviewed every area of my life and closed 90% of it down. ‘Self-isolating’, ‘close to a breakdown’ and ‘unstable’ were all words hurled at me prior to an attempt to try and explain my actions when asked by others.

As I tried to explain my experience and my feelings, words have become misinterpreted in my clumsiness and have often stuck in my throat. Talking about divorce and separation is not easy.  The same friend who describes ‘Kathy like’ said during a time where I was feeling immense fatigue…”It’s okay to live a life others do not understand”, as I made a decision to stop a high profile career that was bringing with it health concerns.

I paid professionally for the support I needed to break the chains from the past. I craved freedom from judgement while also needing to ensure personal safety and the sabotage that could come from listening too much to others.

My way was to seek new friendships and opportunities and in doing so, to deepen new relationships through spiritual companionship and learning. Pursuing romantic relationships was not what I needed as I addressed my general tiredness with life. It’s not happening without challenge…with others misinterpreting my new path, seeking to manipulate it and to be fair, with my own miscommunication with others playing a part, I progress by the day and dare to face fear.

I re-calibrated. Instead of soul searching I started to soul ‘feed’, to look further and review my individual balance wheel. As a coach and mentor in my professional life, I did this daily and instinctively with others on their individual journeys. I needed to do the same for myself.

I entered a self-made retreat

Despite a conscious decision to exit my marriage, to go solo and find myself again I was struggling and my physical health was consequently affected. I created my own retreat from the madness. Making space for my retreat on a daily basis, I was to be found within the confine of a self-made duvet fort from where I would work between 4 and 6 am every morning.

During this time I was researching, reading, studying, writing, reflectively reflexing and communicating with the ‘positive people’ at home and abroad. This self-study and introspection continues and the process helps this Diva face the world of work and normal life as the world wakes up.

I endeavoured with my commitment and pursuit to find ‘me’ again and to like myself – despite the continued negative perspective and judgements of some people around me who could only see a change they did not understand and so, therefore judged.

At the same time my social circle reduced, it started to expand in terms of deepened connection not only with a significant few but also with myself. I started to draw in parts of me I had previously surrendered to my non-single role. My increasing confidence in my own ability to self-care, self soothe and self develop borne from my life learning has been paramount to this.

However it is still early days, but the solidarity of good people around me and the recognition of my own right to self determine my present and future journey, springs me forward. I do this with hope and gratitude for the many blessings that have materialised from my darker spaces. My journey and experience have not been without grief. The awareness of the impact of fear in my life post solo has been shockingly enormous.

To use a cliche, “Action Changes Things” and to ACT,  to move things on in the mind, body and soul and to embrace mindful learning and living has helped. Old passions have been rediscovered – my camera, my writing, my people and my work. As I mentioned before, friendships have deepened and new ones continue to be forged, not without the realisation there have been some errors on my part as I dare to push boundaries.

I have miscommunicated but at the same time, I have stopped hiding. There is now more joy in my everyday living as I seek the brighter light and help others out of their pits along the way – the only way to do this is with simple acts of love and kindness.

In her research around vulnerability, Brene Brown talks about the need to make this our friend…to recognise and respect vulnerability, but not to let the fear within define our journey. She says:

“A lot of cheap seats in the arena are filled with people who never venture onto the floor. They just hurl mean-spirited criticisms and put-downs from a safe distance. The problem is, when we stop caring what people think and stop feeling hurt by cruelty, we lose our ability to connect. But when we’re defined by what people think, we lose the courage to be vulnerable. Therefore, we need to be selective about the feedback we let into our lives. For me, if you’re not in the arena getting your ass kicked, I’m not interested in your feedback.”

I am rarely convinced by the ‘all’ of any individual argument, but her work resonates not least because we share a common interest in people and in work.

As I, ’face forward’ and ‘take another shot’, her words become more relevant as I move through and move on. I may have avoided self-help books but we all need the wisdom and discernment of others to encourage courage. We all need realism, kindness to self and to others with sensitivity as we journey. I am starting to embrace the concept of receiving kindness rather than the preference I have for giving.

Being kind to myself

After divorce, being kind to myself is first and foremost. I won’t stop listening and caring about what others think. There is too much learning and source material to be found in it – helping my own journey progress. But going solo after divorce?

My story will now always be about honesty, integrity and kindness to myself first and foremost; so that I, might have the positive energy to light others paths along the way. For me, that is what’s important. Being able to ask for what I need, saying no to the negative while embracing the compassionate boundaries set by others and by myself; solo living is an adventure, as I fly without a safety net and embrace the next book.

Living Alone After A Break-Up

View all posts by Kathy

Can we send you our newsletter?

Table for One? Yes please.

Into The Discomfort Zone

How To Be A Solo Packing Pro

Living Alone And Working From Home

What You Can Grow In A Small Kitchen Garden