Once upon a time, being the only person at a table in a restaurant would elicit pitying looks and ‘have you been stood up then?’ comments from waiting staff. The social stigma finally appears to be dissipating, largely due to the growing one-person economy and the sheer number of people embracing solo dining.

Solo reservations have doubled. Why?

A survey by reservations website OpenTable revealed that single cover reservations have more than doubled in the last two years; they can’t all be social pariahs. There are so many reasons people dine alone these days: perhaps they are travelling solo for work or pleasure, have moved to a new city and have yet to make social connections, or quite simply, just enjoy going out to eat whether they have company or not. Thankfully, restaurants are finally waking up and realising that this demographic is now too economically powerful to ignore. 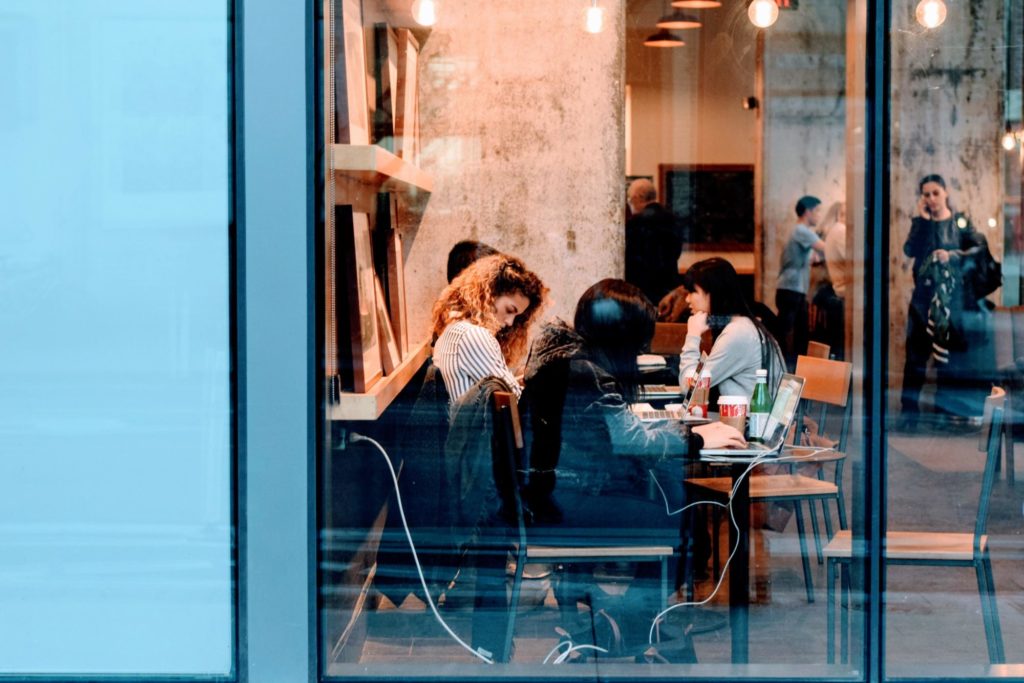 The decadence of a solo lunch

The easiest introduction to solo dining can be the solo lunch. It’s far less daunting than sitting in a formal restaurant of an evening, as you are likely to be surrounded by office workers and other people squeezing in a quick meal around that day’s tasks. With so many restaurants offering long benches, communal tables and window seating for the solo diner, it’s pretty much guaranteed that nobody will bat an eyelid at your solo status.

Some diners prefer to read a book, catch up on their emails, people watch or simply be alone with their thoughts. There are many advantages to dining alone: you don’t have to share your meal, tussle over the bill or put up with less than scintillating conversation, leaving you free to concentrate on the food itself. Doesn’t sound like much of an endurance task now, does it?

So what is the appeal of dining alone? Could it be that in an increasingly busy and time-poor society, people simply want some time alone with their thoughts? A meal savoured alone is an unencumbered gustatory pleasure, an act of self-care if you will, food for the soul. While it takes a certain amount of confidence to feel comfortable dining solo in a restaurant, it’s certainly infinitely preferable to solo dining as we knew it in the past; overpriced room service or a limp sandwich eaten in the car between errands.

Restaurants are adapting in design

These days eating alone is much more likely to take place by the bar in a hip new eatery, as restaurateurs are increasingly catering to the comfort of solo diners instead of relegating them to behind a plant pot, by the toilets. By placing adequate seating at the bar area restaurant owners can make the most of valuable floor space and solo diners can avoid the awkwardness of facing an empty seat opposite them – a win-win situation.

Dining for one can also be a fantastically empowering act. The solo diner could quite easily buy fast food or order Deliveroo at home, and so to sit in a restaurant alone is a luxurious act, showing that they value their own company as much of that of others and that they deserve a delicious meal just as much as those couples or that group of friends.

Why should someone miss out on experiencing amazing food just because they do not have company to share it with? Social attitudes are changing and although dining alone was considered a social taboo just ten years ago, it is now considered the norm, especially in cities largely populated by solo people.

Hungry? Table for one, please…

The Rise of Solo Living

Looking For a One Bedroom Flat?

I Have A Pot, So I Will Garden

View all posts by Jacqueline Currie

Can we send you our newsletter?

The Soaring Popularity Of The Staycation

Living Alone And Working From Home

What You Can Grow In A Small Kitchen Garden